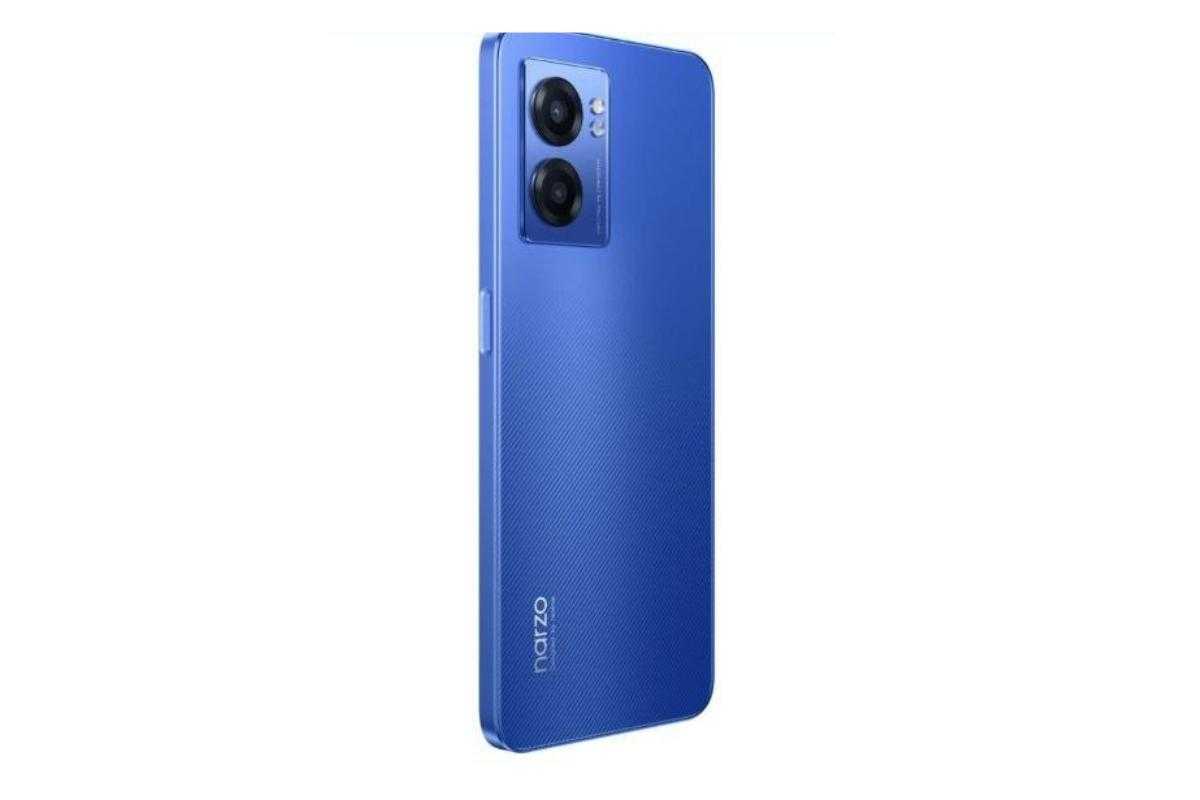 Realme recently unveiled the GT Neo 3 in India, following the Narzo 50A Prime. Now, it appears that the company is gearing up to announce yet another Narzo smartphone in the country. Industry sources have now provided RMLeaks (previously known as RealmeTimes) with details about the upcoming smartphone (probably the Narzo 50 5G).

Realme will soon be debuting a new Narzo phone in India. The upcoming smartphone, as revealed will feature a 6.58-inch Full-HD+ AMOLED display with a 90Hz refresh rate. Under the hood, the smartphone would be powered by an octa-core MediaTek Dimensity 810 processor, paired with up to 6GB of RAM and 128GB of storage. The phone is likely to run Android 12-based Realme UI 3.0 out of the box.

For optics, Realme is said to opt for dual rear cameras, one with a 13-megapixel sensor and a 2-megapixel depth sensor. On the front, we might see an 8-megapixel shooter for selfies and video calls. Fueling the smartphone is a 4800mAh battery that supports 33W fast charging. The phone would come with a 3.5mm headphone jack and all the standard connectivity options, such as Wi-Fi, Bluetooth, and GPS.

While there’s no information on the marketing name nor pricing as of now, this could be the Realme Narzo 50 5G. We expect the smartphone to debut in India in the month of May 2022.