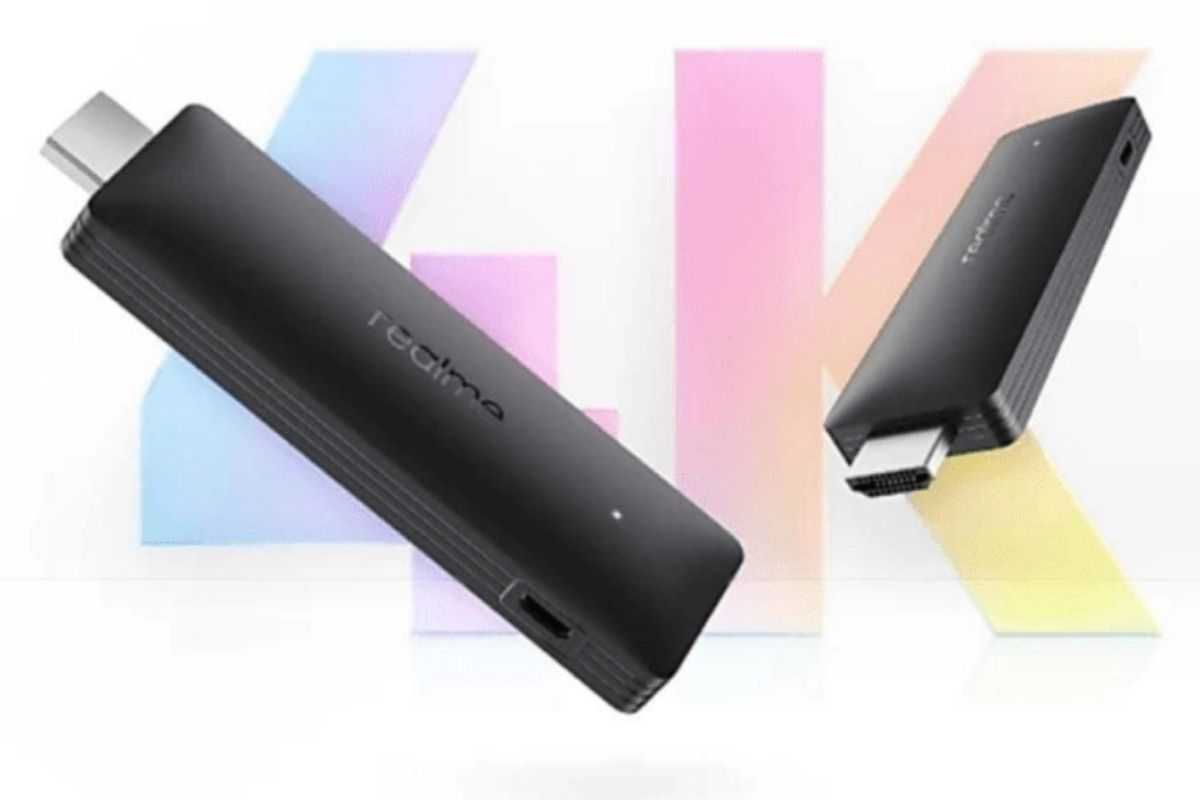 Realme is anticipated to enter a new market in India after creating a name for itself in numerous product categories. In India, the firm is scheduled to release its first streaming gadget, dubbed the Realme 4K TV Stick on September 24. While the teaser of the Realme TV Stick was previously spotted on Flipkart, an e-commerce giant in India, tipster Yogesh has exclusively collaborated with RealmeTimes to share the specifications and more details of the upcoming TV Stick named the Realme 4K TV Stick. Let’s take a look at Realme’s upcoming 4K TV Stick.

The upcoming Realme 4K TV stick makes use of HDMI 2.1 to connect to your TV, allowing users to view their favorite TV episodes and movies. The TV Stick is said to output a max resolution of 4K at 60FPS. He also reveals that there’s support for HDR10+, Bluetooth v4.2, and dual-band Wi-Fi (2.4 and 5Ghz).

Powering the new 4K TV Stick will be an Amlogic Quad-Core CPU paired with 2GB of RAM and 16GB of internal storage. There’s a LED indicator along with a Bluetooth-enabled voice remote. Interestingly, the TV will run the new Google TV UI. Google TV focuses heavily on discovery and assisting you in finding things to watch. It’s mainly divided into five sections: For You, Movies, Shows, Apps, and Library, which you may navigate via using the top navigation bar. Finally, the Realme TV Stick 4K, is said to be priced under Rs. 5,000 in India and will compete with Motorola’s 4K TV Stick, Amazon’s Fire TV Stick, and the Xiaomi Mi TV stick.

That said, do let us know your thoughts don’t the upcoming realme product by dropping a comment down below.