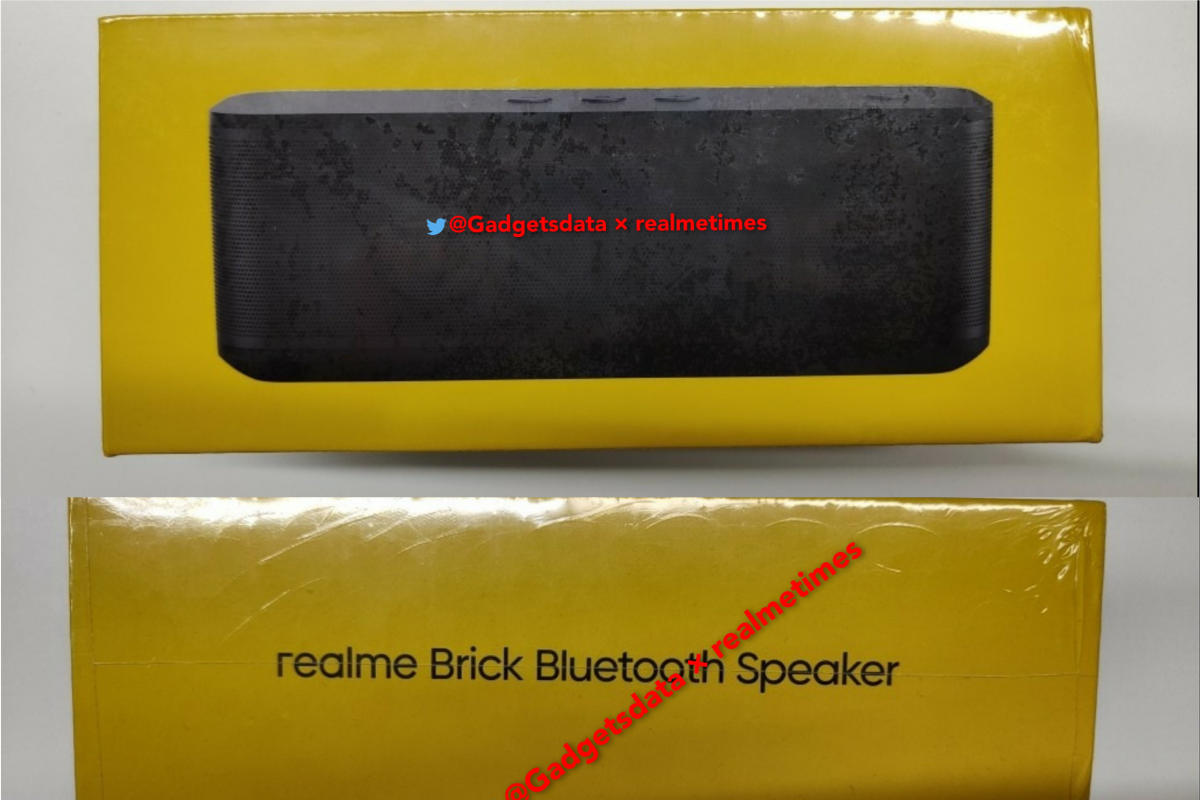 Realme Brick Bluetooth speaker, well as the name suggests comes in a boxy-looking brick shape. It will come equipped with a Dynamic Driver which is combined with extra bass radiators to enable deeper bass, and 20W sound output. The speaker has stereo pairing functionality and comes with three equalizer presets (possibly Bass, Dynamic and Bright). The image also reveals three buttons at the top, possibly for power, and volume controls.

Realme Brick Bluetooth speaker will come with an IPX5 rating for water resistance allowing it to survive splashes and sprinkles. While the exact battery capacity is unknown yet, the speaker claims to deliver up to 14 hours of playback time on a single charge. The speaker can be recharged using a USB Type – C port. The Bluetooth speaker can be linked to an Android or iOS smartphone via the Realme Link app. 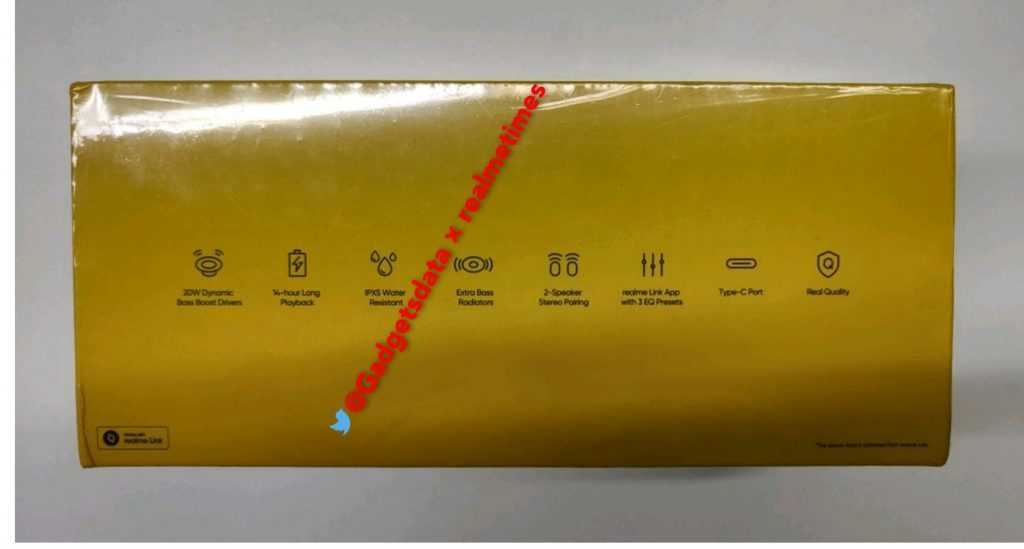 Lastly, the tipster also adds that the upcoming new Bluetooth speaker will arrive in India, in the first half of this month, that is October 2021. The pricing remains a mystery as of now.

That said, what do you think should be the price of the realme brick Bluetooth speaker in India? Do let us know by dropping a comment down below.