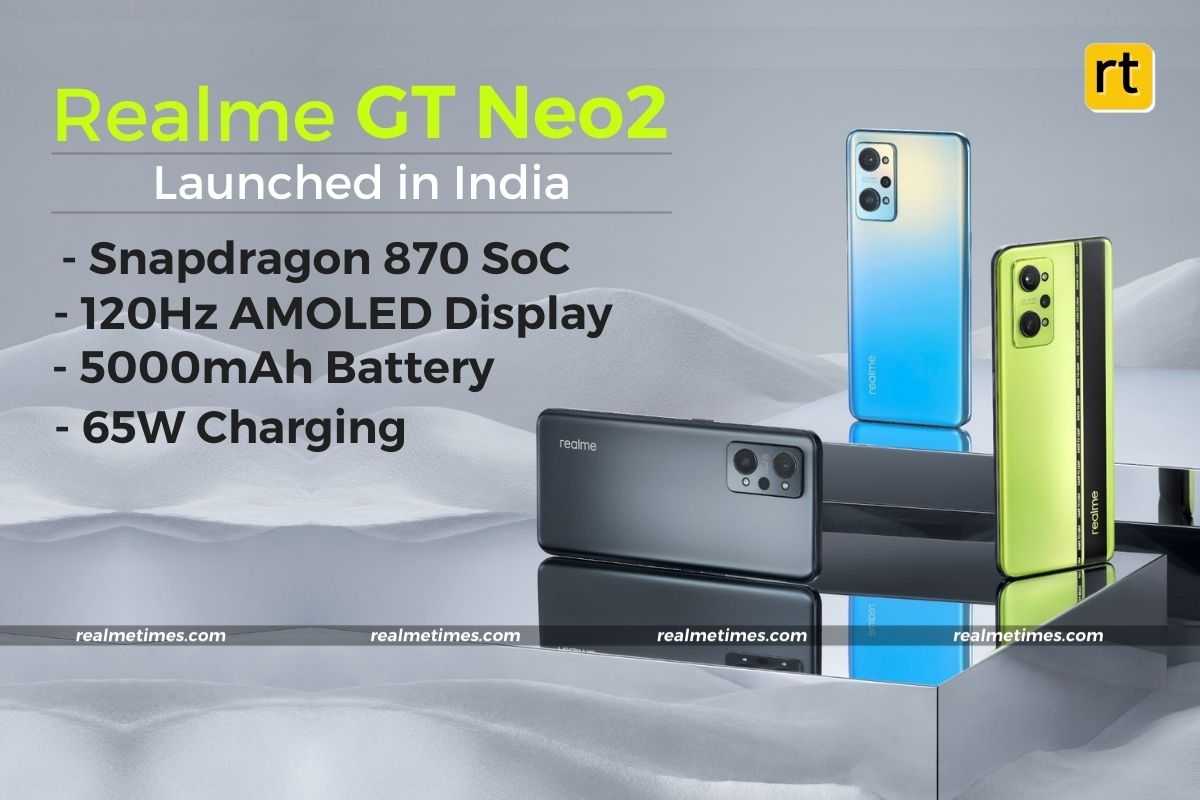 Realme has unveiled its Realme GT Neo 2 5G smartphone in India. The phone was made available in China, last month. Realme’s latest product is a follow-up to the Realme GT Neo smartphone. The newly announced GT Neo 2 packs in a 120Hz E4 AMOLED display and is powered by the Snapdragon 870 5G SoC.  A 64-megapixel triple-camera array, 5G connectivity, and a 5000mAh battery with 65W fast charging support are a few key highlights. Let us take a look at the realme GT Neo 2, its features, pricing and availability.

Realme has packed in a diamond ice core cooling system that covers 7932mm² surface area with aerospace-grade cooling gel for better heat dissipation. The company claims that the device offers up to 20 per cent better heat dissipation compared to the Realme GT Neo. Powering the device, there is an octa-core Snapdragon 870 5G chipset; paired with up to 12GB of RAM and 256GB of internal storage. For biometrics and security, there’s an in-display fingerprint sensor.

As for the optics, the GT Neo 2 sports a triple-camera setup that consists of a 64-megapixel primary main camera, an 8-megapixel ultra-wide camera, and a 2-megapixel macro camera. At the front, the device sports a 16-megapixel selfie camera. Connectivity options with the handset include dual-SIM support, 4G VoLTE, 5G, Wi-Fi 6 802.11ax, Bluetooth v5.2, GPS, NFC, and a USB Type-C port.

The smartphone also has stereo speakers which offer Dolby Atmos Hi-Res Audio support. Under the hood, there’s a 5000mAh battery that has 65W fast charging support. The phone will likely be one of the first Realme devices to get Android 12-based Realme UI 3.0.