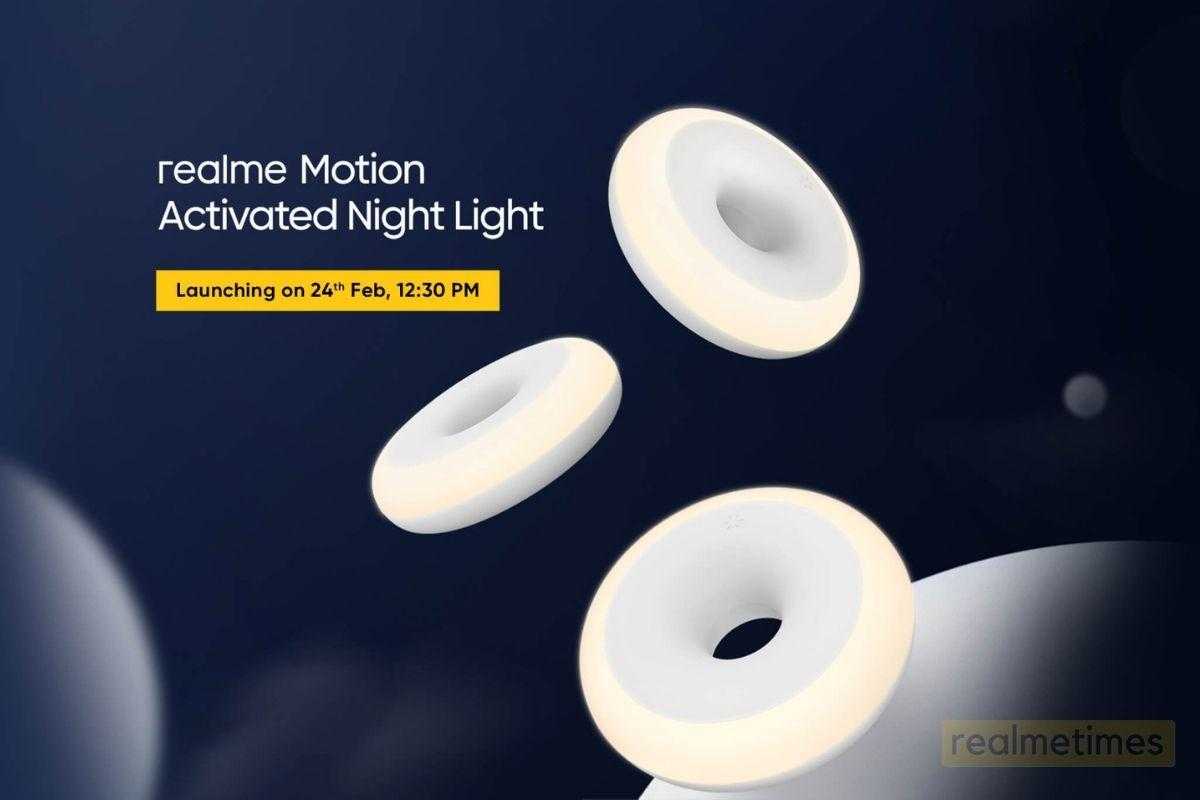 Realme has announced that they will be launching a special AIoT device on the 24th of February. The product is the Realme Motion Activated Night Light. While the product is confirmed to launch alongside the Realme Narzo 30 series and Realme Buds Air 2, we could expect some more gaming accessories, which Ishan Agarwal previously tipped on Twitter.

The Realme smart motion-activated night light carries the model number RMH2007 and comes with some exciting features. The event page of the product has already gone live on Realme’s official website, and it reveals some key features, which include intelligent Human Motion Detection with an infrared sensor that is 120 degrees wide and has a detection range of 6 meters, and automatically lights up when a human is detected.

Realme also provides some use case scenarios for the product, including closed corners, corridors, hallways, kids’ rooms, bedrooms, and more.

Moreover, when there is no human interaction in its range, it shuts the light within 15 seconds. The light has a warm colour tone which is ideal at night with the warmth of Kelvin 2800. Realme claims that the product has a total battery life of 365 days which can further be extended by replacing the 3 AAA batteries.

That said, we are also excited to see what else Realme brings to the Indian market at the launch event on the 24th of February.