WhatsApp is one of the most used widely used messaging applications globally; even after changes in its privacy policy, which not a lot of people appreciate, there’s always been a craze for it. The company introduced the Stories feature quite some time back, similar to that of Instagram.

In the current generation, people like to save others statuses and share in their own one. While this wasn’t really possible if you ask me some time back, other than taking screenshots, cropping them, and then sharing, there have been some new developments. This post will guide you on How to Download and Share WhatsApp Status on Realme phones.

Also Read: How to Download, Install and Play Fortnite on Realme Smartphones. GB Whatsapp APK Download and Install Latest Version [How To].

This guide includes three methods for resharing Whatsapp Statuses on Realme smartphones (however, do note that these steps can also be performed on other branded smartphones running Android OS). 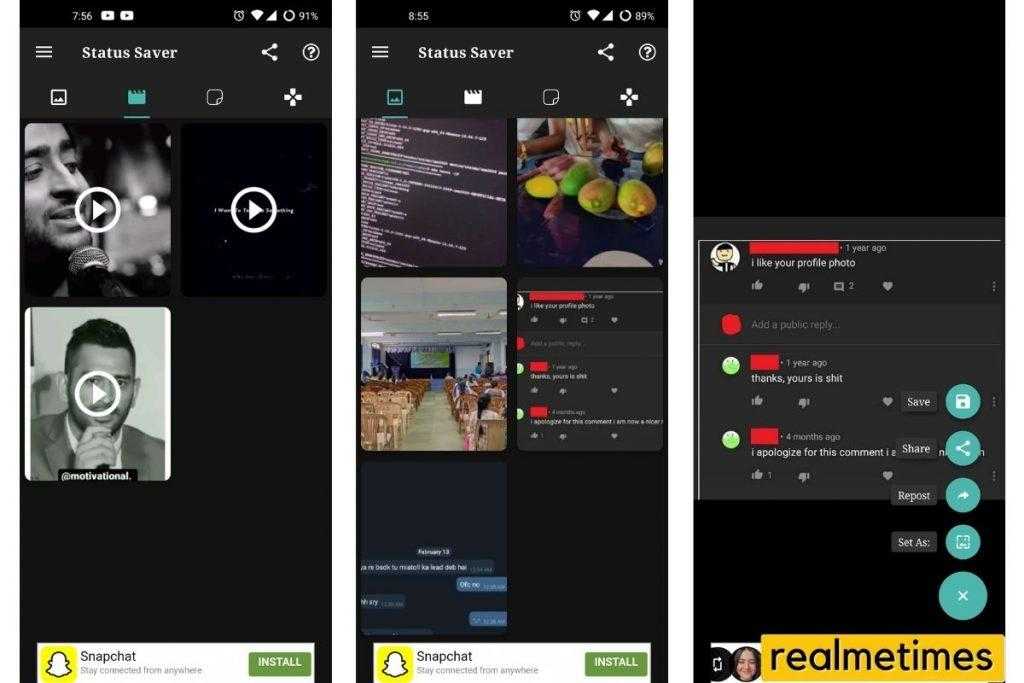 One of the best methods to reshare Statuses and avoid taking Screenshots, users can use some third-party apps. While there are many apps on the Google Play Store, one could try, but for this guide, we would be using an app named ‘Status Saver.’ Moreover, users can also save video statuses on their smartphones. To do the same, users will need to follow the steps mentioned below:

Finally, users can also use this method if they do not prefer installing third-party applications. This final method involves using a file manager and can be done by following the steps mentioned below:

Well, with that said, do you prefer using third-party applications to save WhatsApp Statuses? Do let us know by dropping a comment down below.