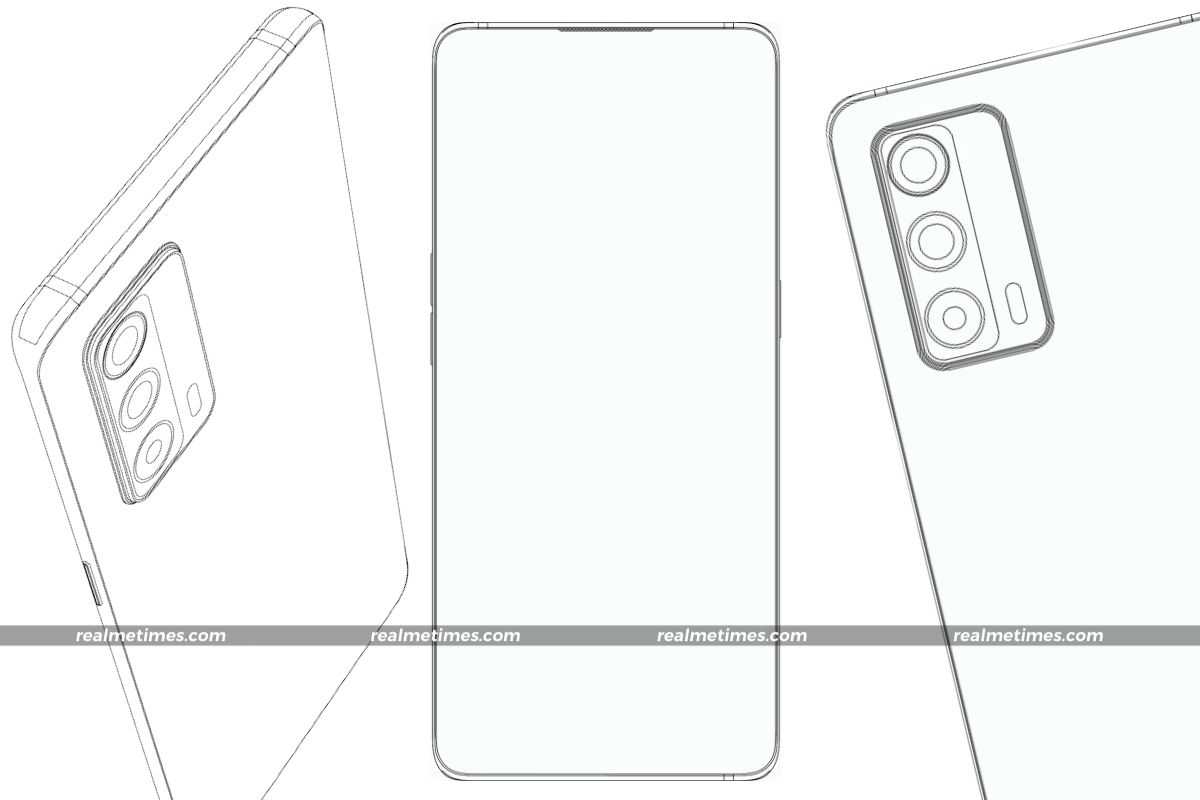 Realme is tipped to launch the first generation under-display camera smartphone at the start of next year, but the rumours have already started surfacing on the internet hinting toward the potential features. A new filing report gives us an idea of what the design of the upcoming under-display camera phone from realme will look like. The key takeaway is that the phone will offer a high screen-to-body ratio. While ZTE’s Axon 20 was the industry’s first commercially available phone with an under-display camera, realme might be gearing up to launch a rival in the market. Let us take a look at what we’ve gathered so far from the listing.

Realme’s Upcoming Smartphone with an Under-Display Camera, Curved Display in the Works

Filed under WIPO (World Intellectual Property Organization), the patent reveals that the upcoming realme smartphone might actually come with the new and much-awaited under-display camera technology as seen on the Samsung Galaxy Z Fold 3. The renders show off a rectangular camera housing on the rear comprising of a triple camera module with an LED flash.

Indeed, realme is working a Under Display Camera smartphone – Filed patent for the same !!

While there isn’t much information on when the business plans to release the smartphone to the public or its features, we expect it to hit worldwide markets before the end of 2022.

The upcoming realme phone might come with a 6.78-inch quad-curved display with an under-display camera. We might see a 32-megapixel front camera for selfies and video calls. On the back, the phone might get the Samsung 50MP GN2 sensor paired with an 8-megapixel ultrawide and  2-megapixel depth sensor.

The phone may pack a 4,500 mAh battery with 65W wired and 15W wireless charging. The device will come with an IP68 rating for water and dust resistance. It is expected to launch during the second half of the year. The company has not made any official announcement on the same.

That said, how soon would you like this dream to become reality? Do let us know by dropping a comment down below.