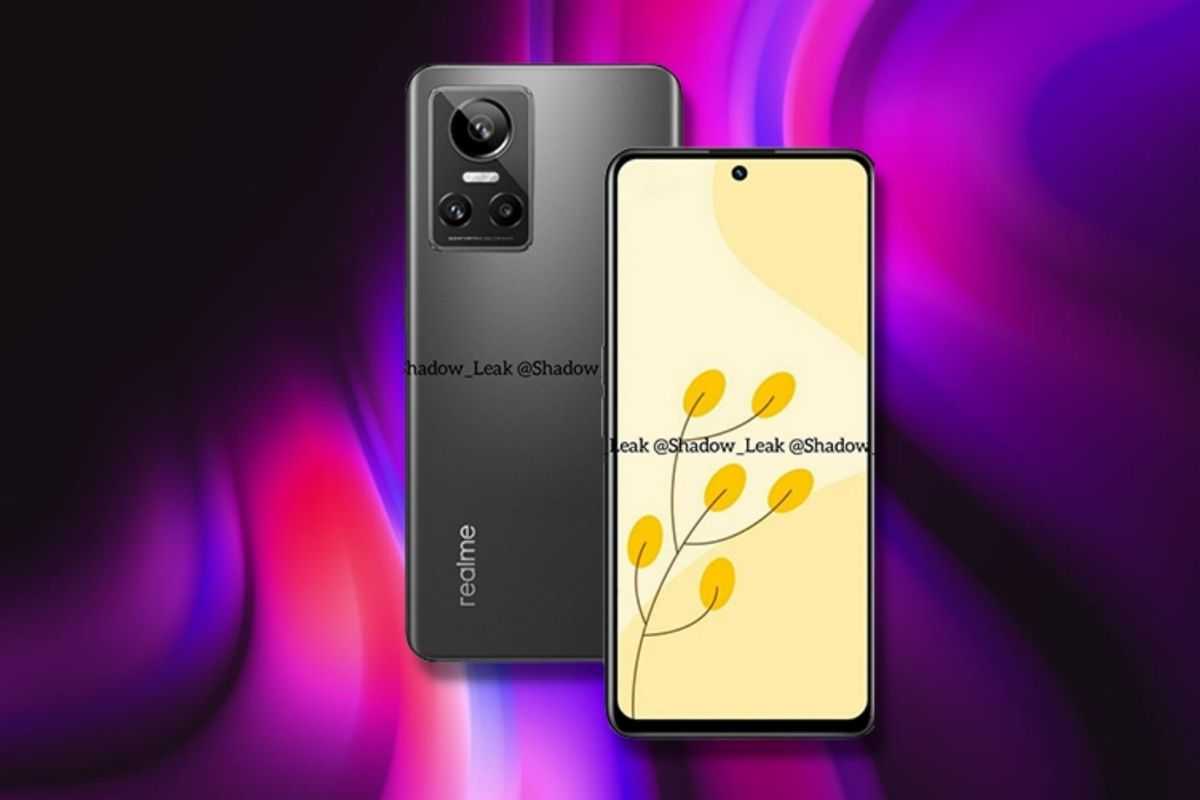 The Realme GT Neo 3, the third phone under the GT Neo series, will be available in China soon. Xu Qi Chase, the company’s CMO, has teased an image of the forthcoming smartphone, which reveals the device’s back panel and camera arrangement. The specifications of the phone were leaked online in the past.

In China, Realme may release this smartphone towards the end of the month. Realme fans in India, on the other hand, may have to wait a little longer for the device to be released. The GT Neo 3 is expected to use a MediaTek Dimensity 8100 SoC and 150W fast charging. Let’s take a closer look at the Realme GT Neo 3 and everything we know about it so far.

The back design of the Realme GT Neo 3 with a rectangular camera housing is revealed in photographs shared by Realme China’s CMO. The camera configuration is inspired by the GT Neo series of prior generations. 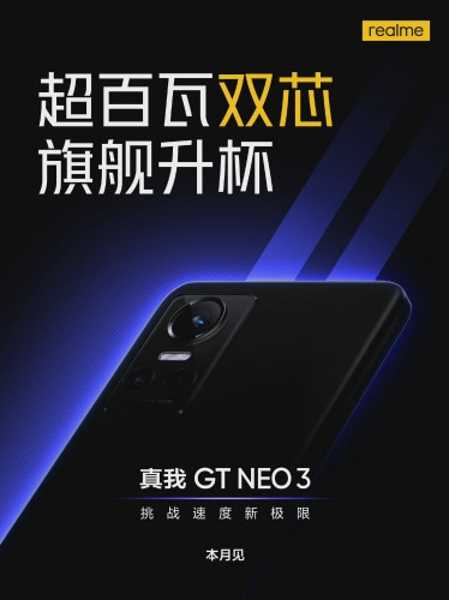 Looking at the image, we can clearly observe triple cameras with a larger sensor in the upper left corner. The other two sensors in the configuration are situated right after the main sensor, below the horizontal LED flash.

According to rumours, the Realme GT Neo 3’s triple camera arrangement will include a 50MP Sony IMX766 primary sensor with OIS, an 8MP ultrawide lens, and a 2MP macro sensor. Furthermore, the front-facing camera on the GT Neo 3 could be a 16MP sensor, as seen on other Realme devices released this year.

The Realme GT Neo 3 is expected to have a 6.7-inch 10-bit AMOLED display with HDR10+ compatibility and a 120Hz refresh rate. This future flagship handset could be powered by a MediaTek Dimensity 8100 chipset with an ARM G610 MC 6 GPU. The phone could come with up to 12 GB of RAM and 512 GB of storage, as well as a microSD card slot.

The smartphone will most likely ship with the Realme UI 3.0 custom skin, which is based on Android 12. The GT Neo 3 is expected to come with a 4,500mAh battery that supports 150W fast charging, which is one of Realme’s fastest charging speeds. The Realme GT Neo 3 could be released in China around the end of March, and in India in the second quarter of 2022.