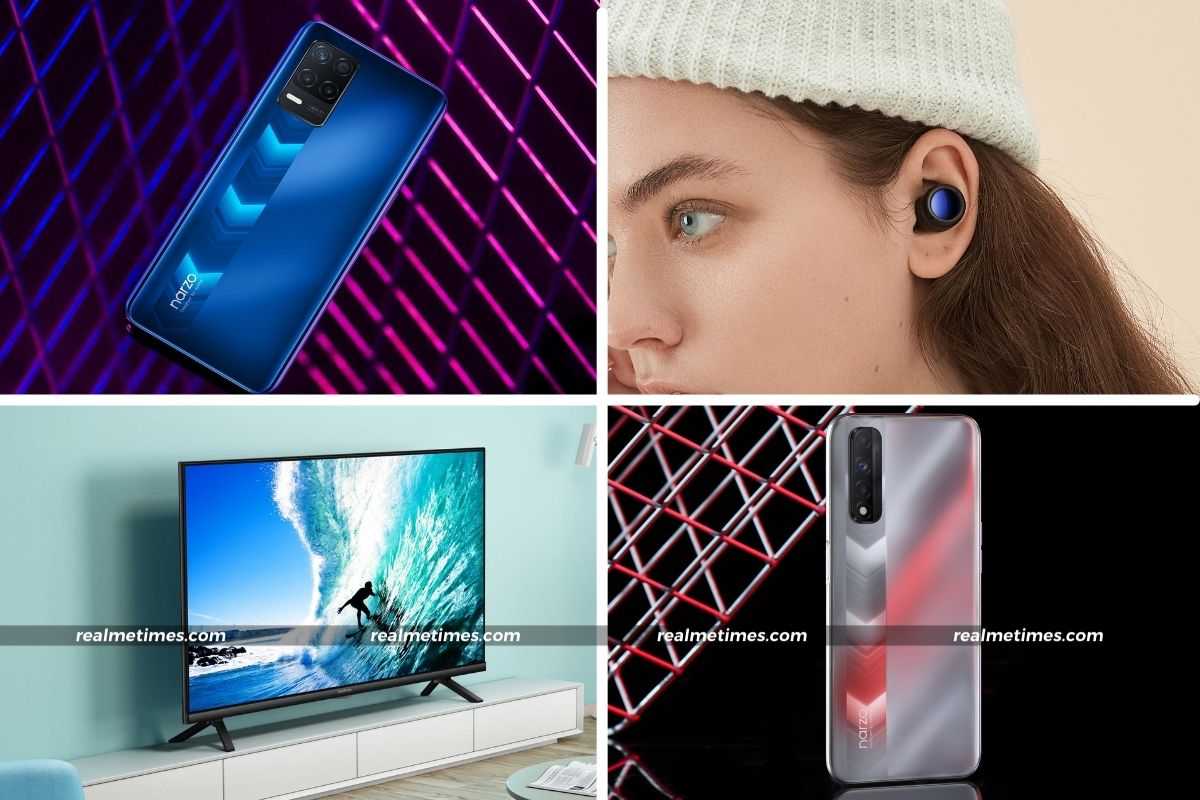 Realme Narzo 30 5G and Realme Narzo 30 phones have launched in the Indian market alongside Realme Buds Q2 true wireless stereo (TWS) earphones and Realme Smart TV Full-HD 32-inch. The 5G variant is fueled by the MediaTek Dimensity 700 SoC while the Realme Narzo 30’s 4G option is powered by a MediaTek Helio G95 SoC. Let us take a brief look at what the Narzo 30 series and the accessories have to offer.

Realme Narzo 30 5G will go on sale starting June 30. The Realme Narzo 30, on the other hand, will be available from June 29th in the country. Flipkart and Realme.com will offer both phones for sale, as will offline stores as well.

The Realme Buds Q2 cost Rs. 2,499 and will go on sale on June 30, via Realme.com, Amazon, and select offline retailers across India. In contrast, the Realme Smart TV Full-HD 32 costs Rs. 18,999, however, will be available at an introductory price of Rs. 17,999. Realme.com, Flipkart, and select offline retailers will have the TV on sale by June 29. 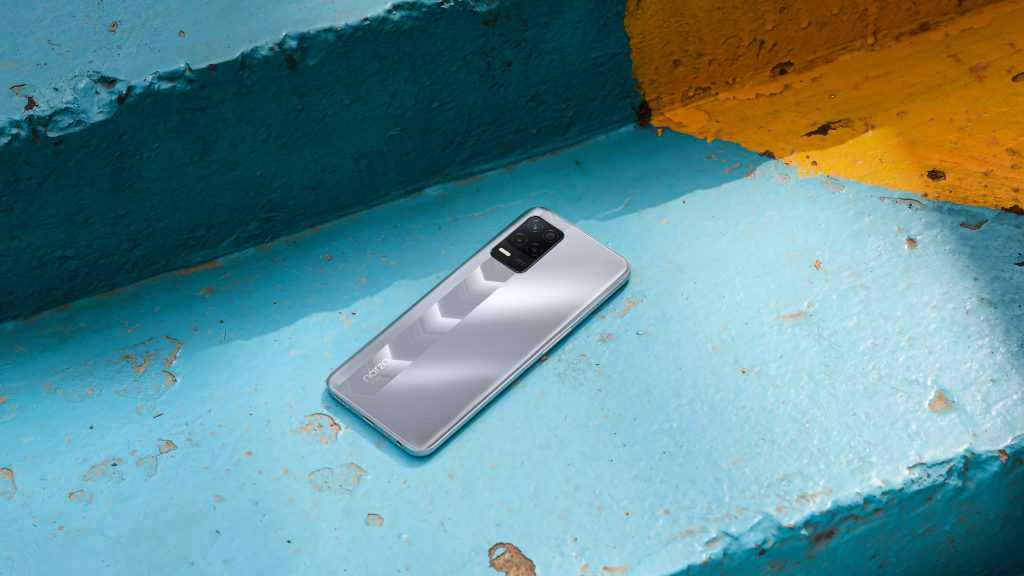 The Realme Narzo 30 5G sports a 6.5-inch FHD+ display, with a screen resolution of 1,080 x 2,400 pixels, a 90Hz refresh rate, a 90.5 per cent screen-to-body ratio, and 600 nits of peak brightness. Under the hood, the phone is powered by the MediaTek Dimensity 700 SoC. There’s 6GB of RAM and 128GB of storage to go with. For further storage expansion, there is a dedicated microSD card slot. The phone runs on Android 11 based Realme UI 2.0.

As for the optics, the Realme Narzo 50 5G packs in a triple rear camera setup comprising of a 48-megapixel primary sensor with an f/1.8 aperture, a 2-megapixel monochrome sensor with an f/2.4 aperture, and a third 2-megapixel macro lens with an f/2.4 aperture. On the front, there’s a 16-megapixel shooter for selfies and video calls. 162.5×74.8×8.5mm and weighs 185 grams are the dimensions and weight of this smartphone. In addition, the Realme Narzo 30 5G comes with a side-mounted fingerprint sensor.

It is equipped with a 5,000mAh battery, which supports 18W fast charging. One charge is claimed to last over a month on standby, stream video continuously for 16 hours, and play games for up to 11 hours consecutively, according to the company. Connectivity options on the phone include 5G, 4G LTE, Wi-Fi 802.11 ac, Bluetooth v5.1, GPS/ A-GPS, and a USB Type-C port. Sensors onboard include a magnetic induction sensor, light sensor, proximity sensor, gyro sensor, and an acceleration sensor. 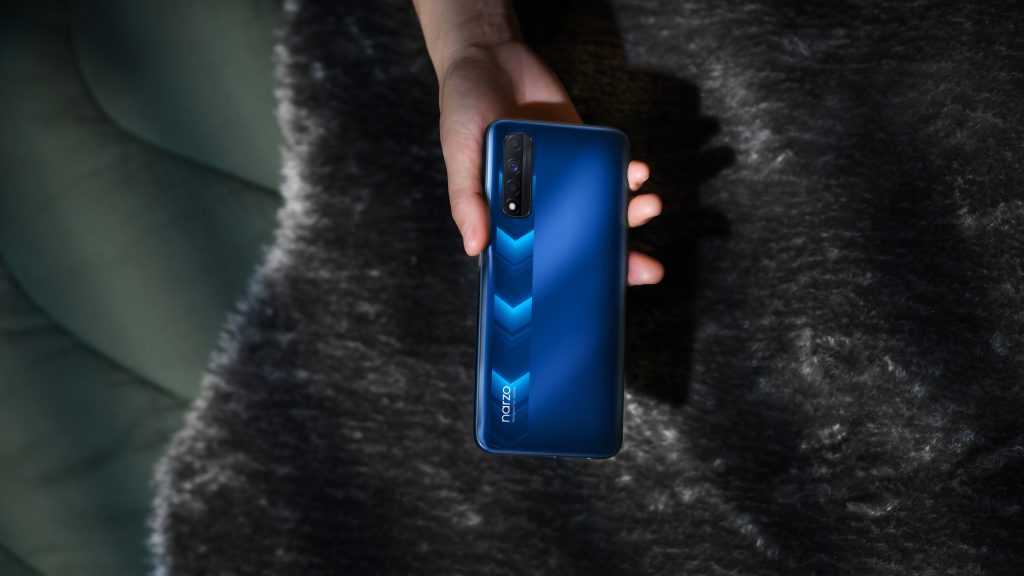 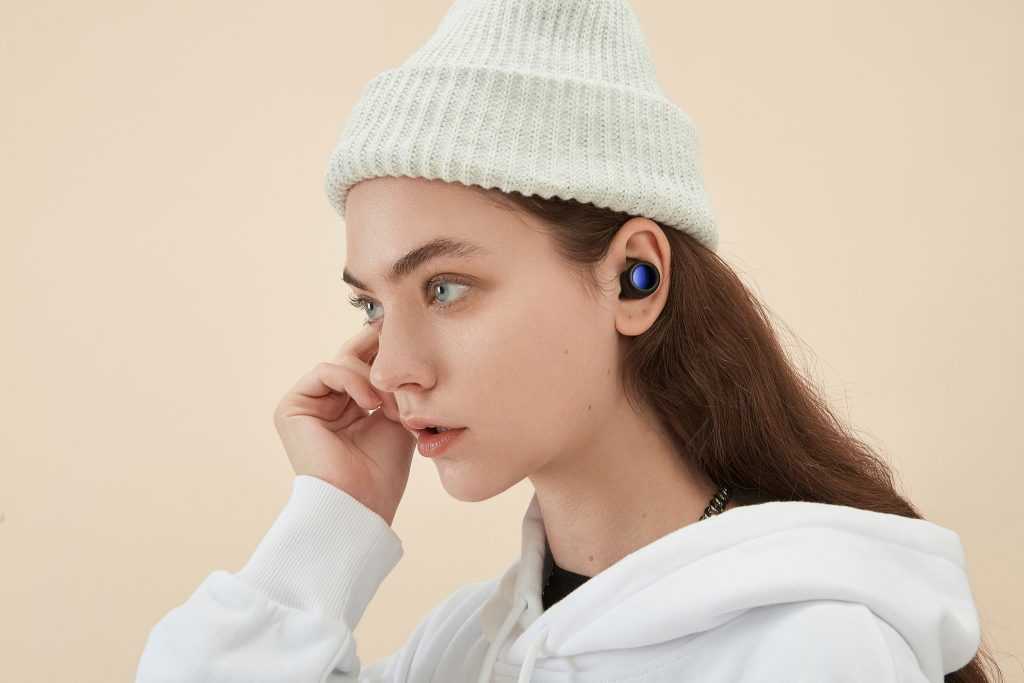 With a price tag of Rs. 3,299, the Realme Buds Q2 are perhaps one of the most affordable true wireless headphones with active noise cancellation available in the country right now. Realme Buds Q2 support both iOS and Android and also feature ANC and an app support system through Realme Link.

Through this app, users will be able to change specific settings and take control of some aspects of the headset directly, such as the touch controls, turning on the Gaming Mode, or changing the equalizer settings. As part of the improved design, the earpieces have reflective touch-sensitive zones, along with an in-canal fit that effectively isolates passive noise.

The Realme Buds Q2 is also equipped with a low-latency mode with a response delay of 88ms for gamers, a transparency mode that can be activated with ANC, and dual microphone noise cancellation. A 10mm dynamic driver powers the earphones, and the earphones are said to last 28 hours in total according to the manufacturer. The earphones’ charging case has a USB Type-C port for fast charging. As far as connectivity is concerned, the earphones use Bluetooth 5.2, with support for the AAC Bluetooth codec and SBC Bluetooth codec. 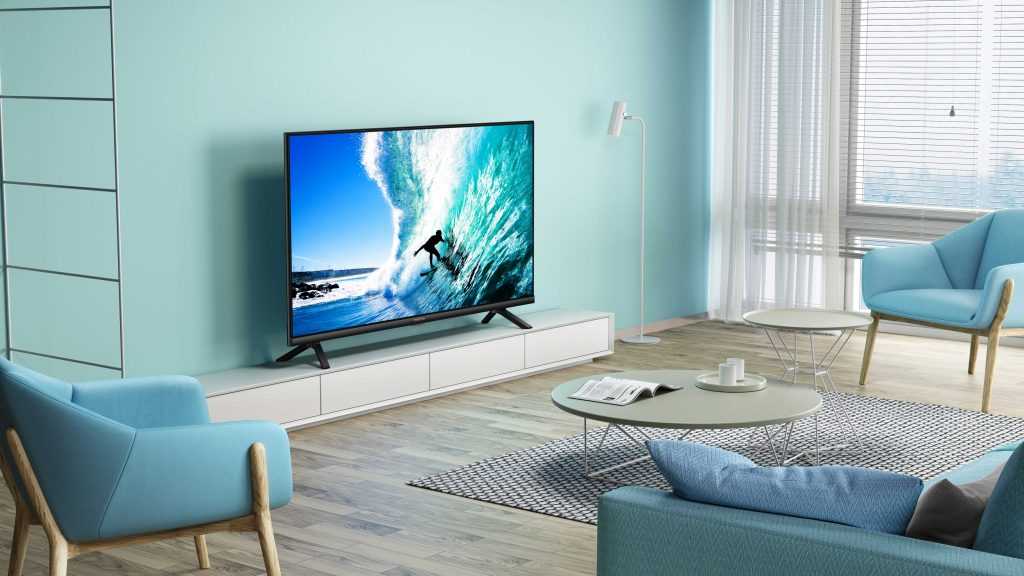 As part of the original Realme Smart TV range, the Realme Smart TV Full-HD 32 is the company’s most recent addition. Besides having a 32-inch LED screen with Full-HD (1,920×1,080 pixels) resolution, the TV is also very distinctive for its size. A 32-inch TV with this resolution is extremely rare in India.

The television runs Android TV 9 and supports Google Assistant and Chromecast, and you can download a wide variety of apps and services using the Google Play Store, including streamers like Netflix and Prime Video. Although the screen and resolution of the Realme Smart TV Full-HD 32 do not support high dynamic range content viewing, software-based HDR formats including HLG and HDR10 are supported.

This television also features quad stereo speakers rated at 24W, as well as support for Dolby Audio. Besides this, the TV also features the Chroma Boost picture engine, a peak brightness of 400 nits, and a colour reproduction rate of 85 per cent NTSC.

That said, do let us know your thoughts by dropping a comment down below.