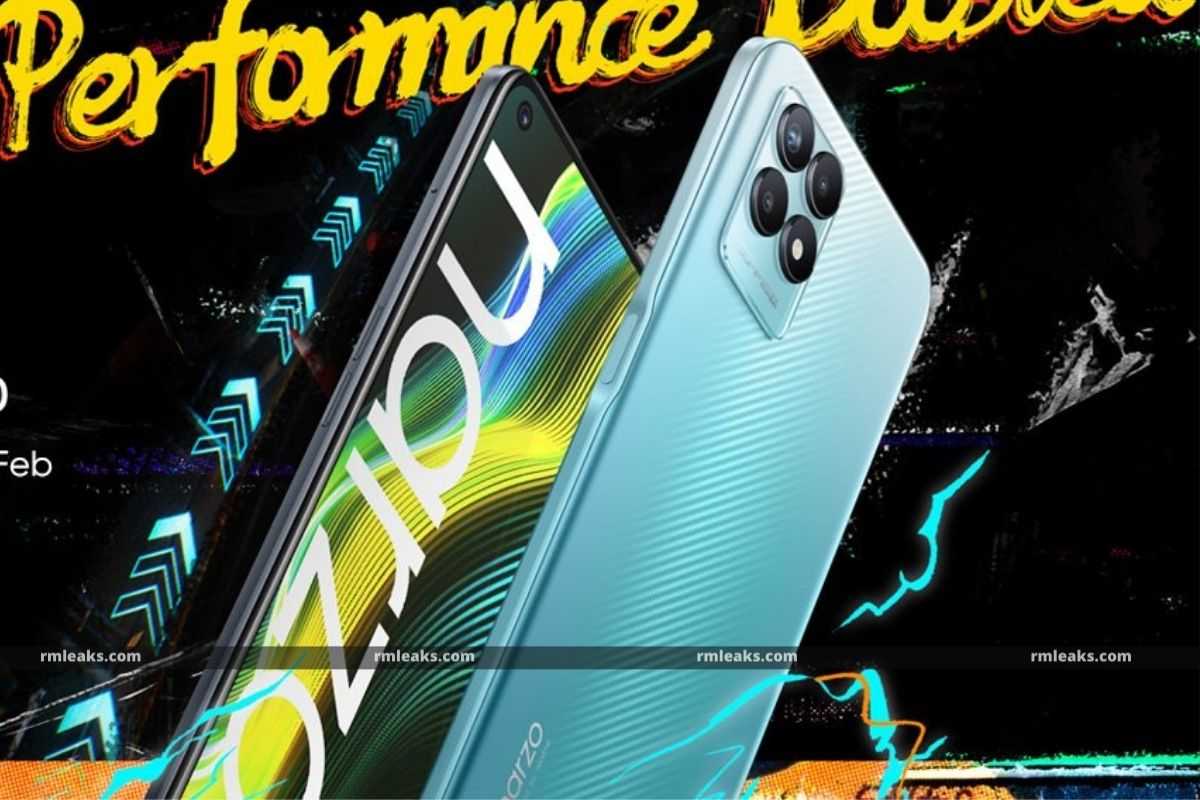 [Update: The charging speed has now been corrected to mention 33W instead of 30W.]

Realme is preparing to unveil its next Narzo series smartphone, dubbed the Narzo 50 in India. The launch event is scheduled to take place on February 24th. Now, RMLeaks (previously known as RealmeTimes) has exclusively learned about the phone’s specifications courtesy of tipster Yogesh Brar.

The Realme Narzo 50 will be powered by the MediaTek Helio G96 chipset paired with up to 6GB of LPDDR4X memory. The phone will have a triple rear camera module, a 5,000mAh battery and more. Let’s take a detailed look at the Realme Narzo 50, its specifications, and the expected price in India.

Realme Narzo 50 Specifications Tipped Ahead of Launch in India

According to Brar, the Narzo 50 will boast a 6.6-inch FHD+ IPS LCD panel with a 120Hz refresh rate. Under the hood, the smartphone will be powered by the MediaTek Helio G96 SoC and will be available with 4GB/6GB LPDDR4X RAM coupled with 64GB or 128GB of UFS 2.1 internal storage.

As for the optics, Brar tells us that the phone will feature a triple rear camera setup comprising of a 50-megapixel primary sensor, a secondary 2-megapixel B&W lens with a third 2-megapixel macro shooter. On the front, realme will provide a 16-megapixel shooter for selfies and video calls.

Fueling the smartphone will be a 5,000mAh with support for 33W fast charging. The handset will boot Android 12 based realme UI 3.0 out of the box. The storage on the smartphone could be further expanded using a microSD card.

While we don’t have a retail price yet, we anticipate the smartphone to cost Rs 15,999 for the 4GB + 64GB variant and Rs 17,999 for the 6GB + 128GB variant. We advise you to treat this pricing information with caution. The device will be available in two colour options namely Gray and Green.

That said, what are your thoughts on the Narzo 50? Do let us know by dropping a comment down below.