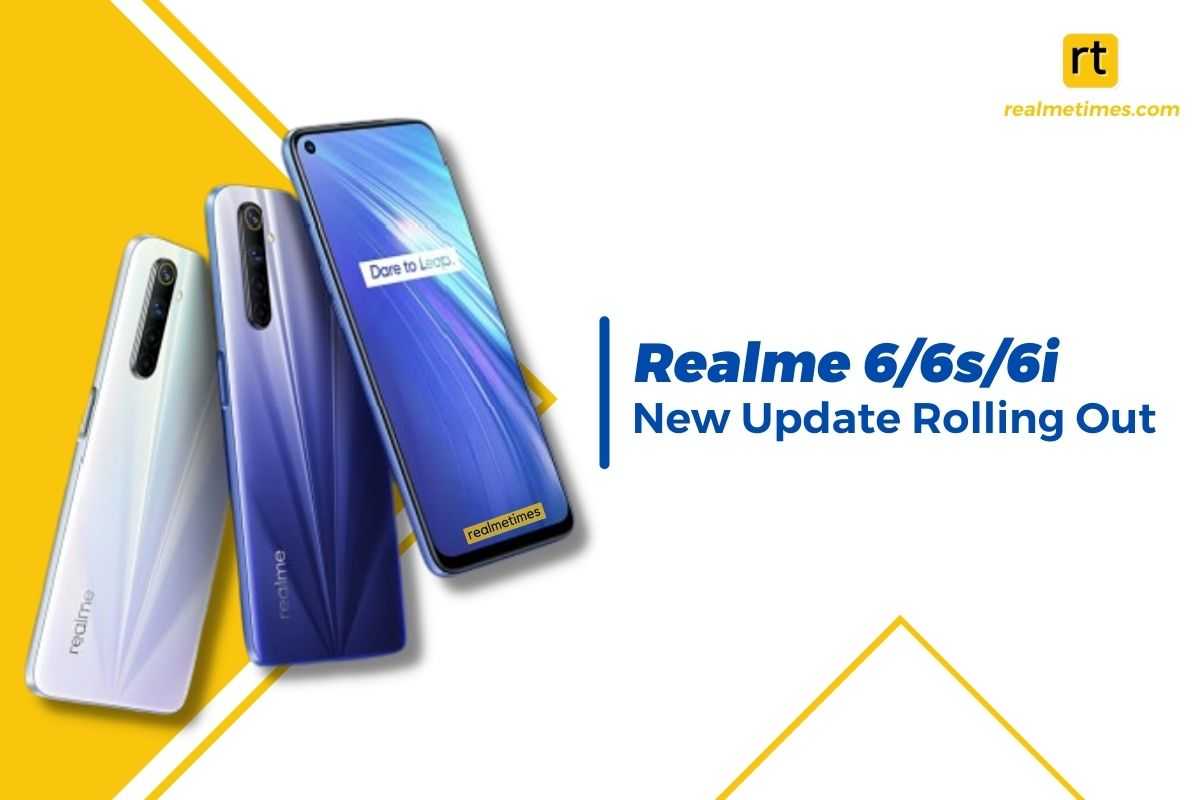 The April 2021 security patch has so far been rolled out for a handful of Realme devices, most of which have been released later than 2019, and the update’s distribution continues as Realme continues to bring the same firmware to the Realme 6, Realme 6i, and the Realme 6s in Europe.

Realme has started rolling out a new OTA update to these devices. The new OTA updates carry the firmware version RMX2001EU_11_A.54 (for the vanilla Realme 6) / RMX2002EU_11_A.54 (for the 6s) / RMX2040EU_11_A.42 (for the 6i) and are based on Realme UI 1.0 with Android 10. The update carries the April security patch update and optimization for overall system performance as well as stability.

The changelog for the latest updates have been mentioned below for your reference.

Realme 6/6i/6s owners in the country can also wait for the update notification to arrive, or they can circumvent the entire OTA update process by downloading the latest firmware manually once the link has been uploaded on Realme’s official software update page. Alternatively, go ahead Settings -> About Phone -> Software Update to check for updates.

Enjoy these security patches while they last. The Realme 5 has just reminded us that security updates don’t last forever, and the Realme 6 will be the next number series smartphone in line to drop support for security updates — presumably around this time next year.

That said, do let us know what do you think about the smartphone by dropping a comment down below.