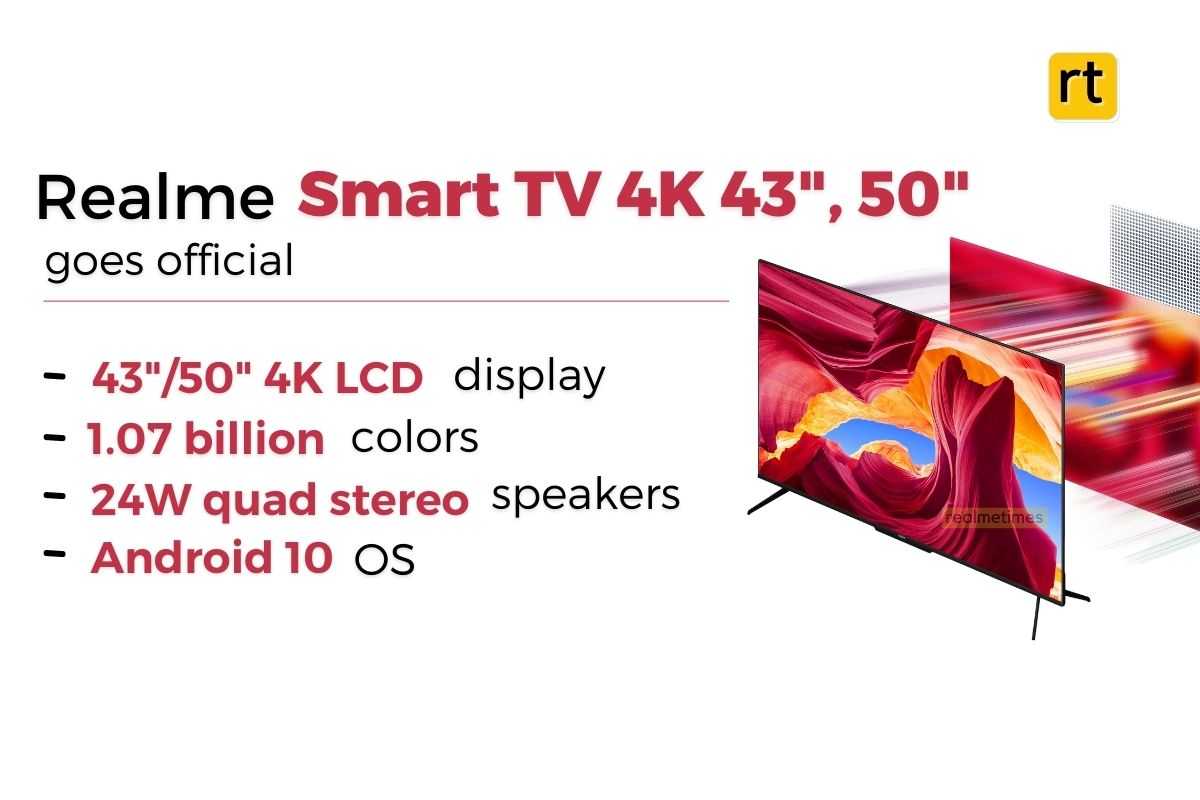 Realme has just announced the Realme Smart TV 4K 43-inch and Realme Smart TV 4K 50-inch alongside the Realme X7 Max 5G. The newly arrived Realme TV 4K 43 and 50-inch TVs match the description as seen in a previous report. These new TVs are an advanced version of the products launched last year. Realme plans to take on other manufacturers such as Xiaomi with this new addition. Let us take a look at what the new Realme Smart TV 4K has to offer in terms of specifications, features, and pricing.

The Realme Smart TV 50-inch, as the name suggests flaunts a 50-inch screen with 4K resolution and the same features as the 43-inch panel. These new TVs sport a total of four speakers with a combined output power of 24W. The TVs support Dolby Atmos, Dolby Audio, and DTS HD. Adding to it, there’s a four-microphone array that can be used for hands-free voice control. 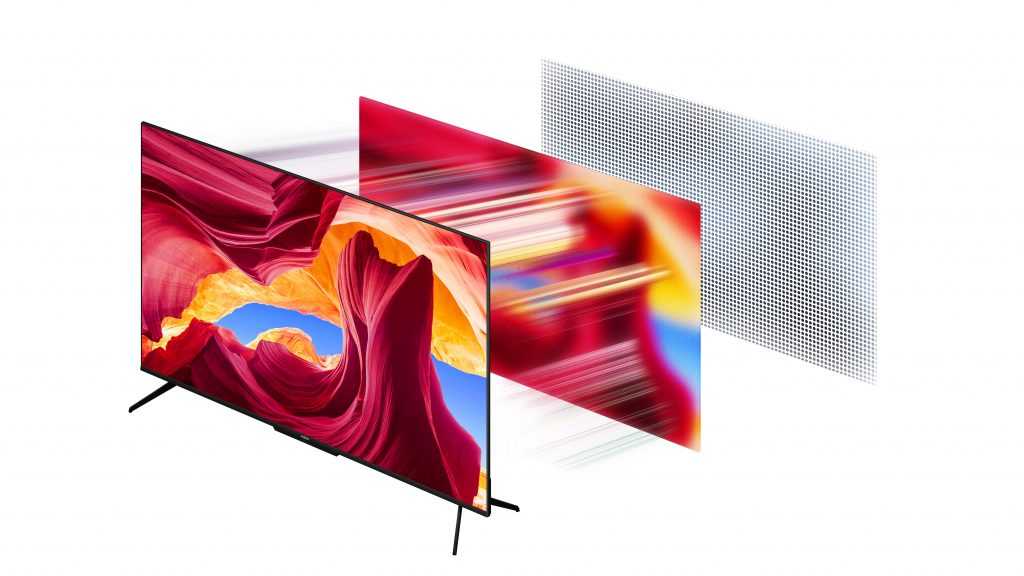 Under the hood, the Realme TV 43-inch and the 50-inch models are powered by a quad-core MediaTek processor with Cortex-A53 CPU cores paired with the Mali G52 GPU. The exact model isn’t made clear yet. There’s 2GB of RAM and 16GB of internal storage to go with.

As for the software side of things, users get to enjoy Android TV 10 with support for Google Assistant and Google Play Store. Realme is bundling Chromecast and streaming apps such as Prime Video, Netflix, and YouTube among others with the TV. There’s dual-band WiFi, Bluetooth v5.0, and infrared support.