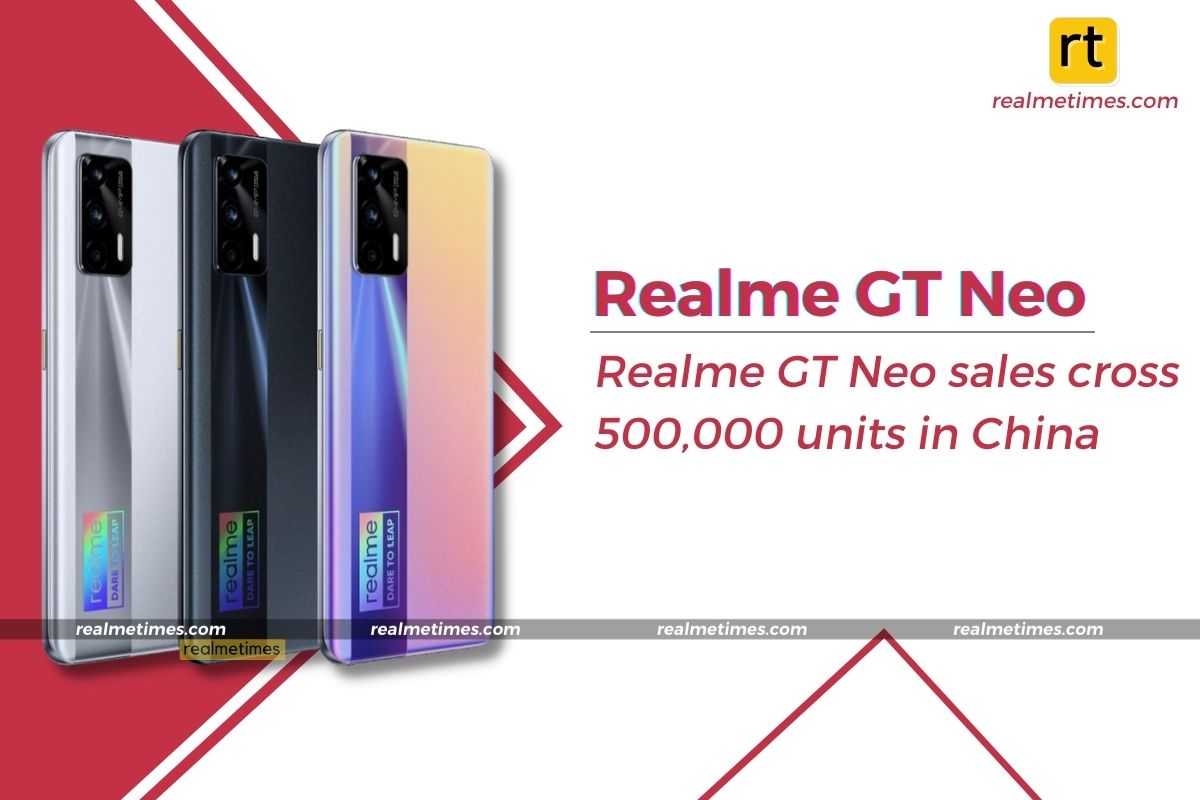 Earlier today, that is 10th June 2021, Shenzhen-based smartphone manufacturer Realme officially announced that its latest smartphone, the Realme GT Neo crossed over 500,000 units in sales. Recall that the device was first made available in China back in April 2021.

Realme took it to Weibo announcing the details of the sales. The Realme GT Neo recently debuted in India as the Realme X7 Max and arrived in China on March 31, with its first sale taking place in April. In just 10 seconds after the Realme GT Neo went on sale, the first sale of the device crossed over 100 million Yuan (15 million US dollars). It seems, then, that the handset became very popular in the brand’s home market. 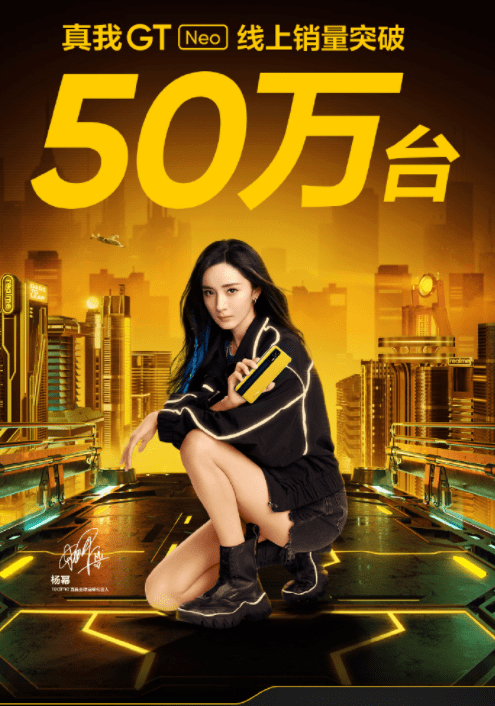 As for the phone’s specifications, the phone features a 6.43-inch FHD+ AMOLED display with a fluid 120Hz refresh rate, is powered by the 6nm MediaTek Dimensity 1200 CPU and Mali-G77 MC9 GPU with 8GB of LPDDR4x RAM and 128GB of UFS 3.1 storage. There’s a triple rear camera setup that includes a 64-megapixel primary Sony IMX682 sensor with f/1.73 aperture, an 8-megapixel secondary sensor for ultra-wide shots, and a 2-megapixel tertiary sensor for macro shots. Realme has packed a 4,500mAh battery in this phone with support for 50W fast charging. The phone is 8.4mm thick and weighs just 179g.

That said, what are your thoughts about the sale? Do let us know by dropping a comment down below.