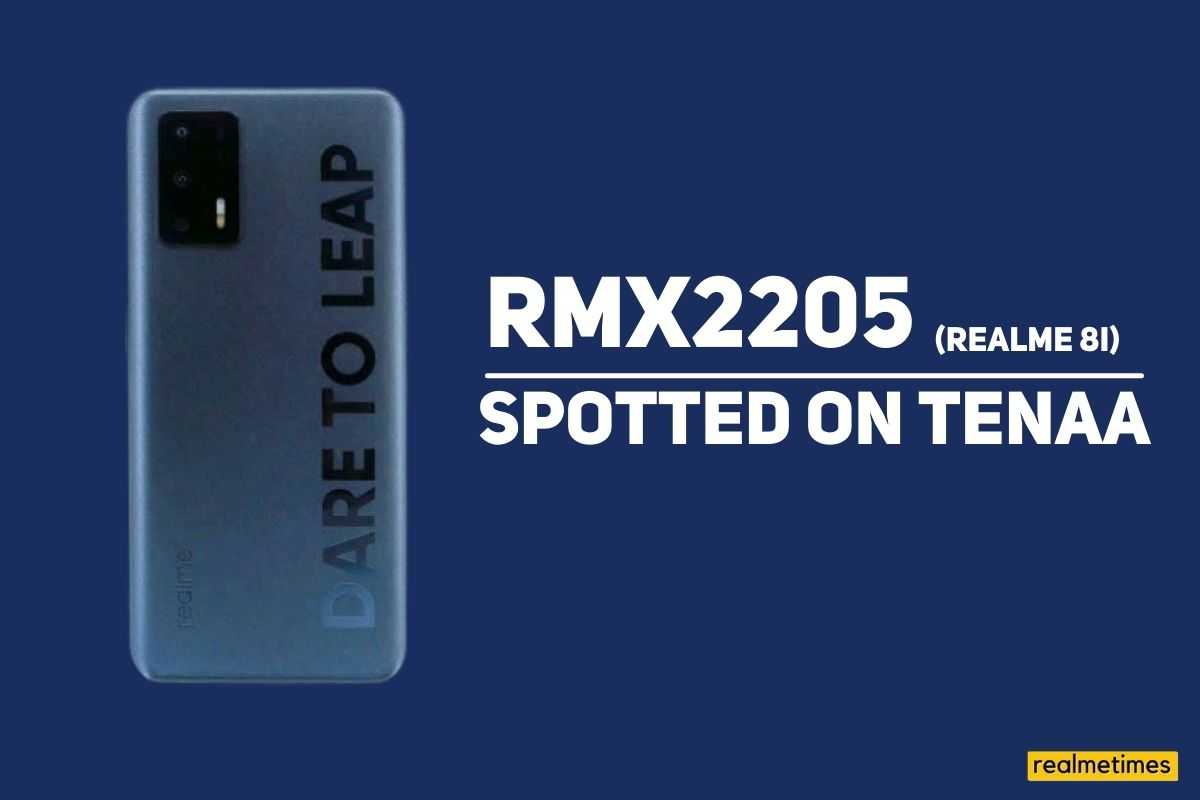 While Realme has confirmed that the Realme 8 5G and the Realme 8 Pro 5G will be unveiled on April 21, a new smartphone with model number RMX2205 has appeared on TENAA revealing its specifications.

The TENAA listing reveals that the smartphone featuring the model number RMX2205 will pack in a 6.43-inch Full-HD+ AMOLED display with an in-display fingerprint scanner onboard.

There’s confirmation for a 4,400mAh battery, the phone running on Android 11 based Realme UI 2.0 and measuring at 158.5×73.3×8.4mm in dimensions. Moreover, the phone will have support for 5G networks.

We can also spot the triple rear cameras at the rear housed in a rectangular camera module alongside the LED flash.

Going by the TENAA listing’s image, since the device carries a pretty similar design language to the Realme 8 series, we speculate that this could be the Realme 8i or a device from the Realme X7 series, which was previously confirmed to launch soon. However, we recommend you take this piece of information with a pinch of caution.

That said, the chipset powering the smartphone, the specifics of the camera, charging speed and few other details are still a mystery.Do let us know what you think about the smartphone by dropping a comment down below.