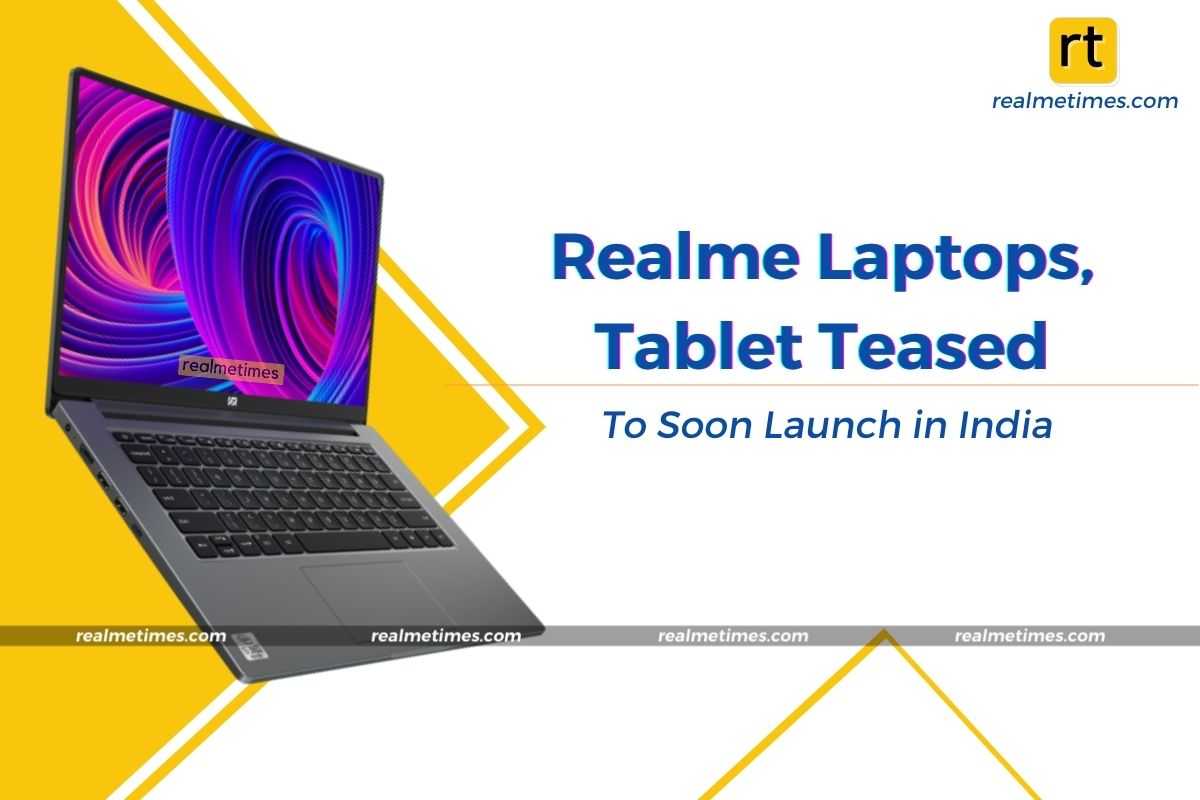 Madhav Sheth, CEO of Realme India, a smartphone manufacturer, confirmed the news that Realme would soon enter the laptop category in the country. We knew this was on the way, since the company had dropped a bunch of teasers in the past, and it was tipped that the laptops would launch in the month of June this year.  Let us take a look at what we know so far regarding the announcement for the upcoming Realme Laptops and tablets.

Madhav Sheth put out a tweet with some binary text, which when we decoded says “Hello World”. He also attached an image showing off which seems like a half-covered Laptop. He further asks the users to take a guess on the name of the upcoming product, which is still unknown to us. In the image, a sleek laptop in grey color is shown, resembling an Apple Macbook.

While the CEO tweeted about laptops, on the other hand, Realme’s CMO tweeted about a surprisingly new product named “realme Pad”. The name suggests that the realme Pad could be the company’s entry into the Android tablet market which is dominated by Samsung, Lenovo, and a few other companies.

realme pad, how abt this name?

While we do not have much information about these two new upcoming products, we do expect to see more details once these appear on certification and benchmarking websites. That said, the company has also confirmed the arrival of the Realme GT series of devices globally for June 15, it is also expected to launch in India at the same time.